A Profile of Hal Hanie
56 Years in Broadcasting

Dwight David Eisenhower was President in 1957 when William (Hal) Hanie began his career in television at KRLD, the CBS affiliate in Dallas. Tailfins were all the rage for cars and The Howdy Doody Show, the iconic children’s show from the ’40s, was still on the air; it would run for another three years. Videotape had been introduced only a year prior and, in some markets, copying programs was still done by kinescope, a process that involved shooting a monitor screen with a motion picture camera. 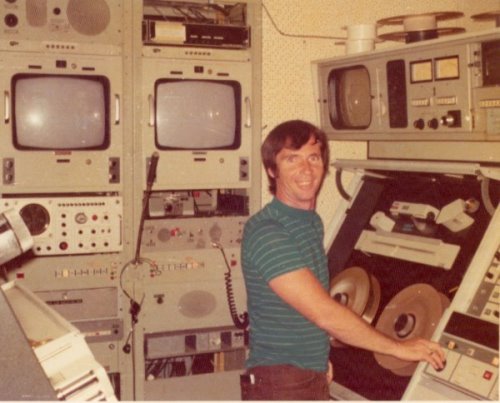 Television in the ’50s was a young and rapidly developing industry but Hal Hanie entered the field well prepared for the rapid technological change he would experience. Drafted into the Army during the Korean War, he took advantage of an opportunity to complete his service in the Air Force. They gave him twenty-two weeks of training in electronics school and additional training in control tower school that included instruction in radar. On completing his four years of military service, he continued his training in trade school and also worked at the radio station run by the school. His first real job was with Collins Radio, now Rockwell Collins, a manufacturer of broadcast transmitters, microwave transmitters and relays. When he took the position at KRLD, Channel 4 in Dallas, he already had a solid background in electronics and related disciplines. 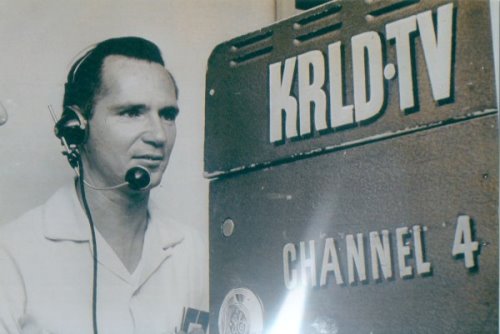 At KRLD, he worked nearly every position in television at one time or another. He also maintained the transmitter for the station’s sister radio facility located in the same building.

He did television remotes for events, like football games, all over Texas. He also did video recording and worked instant replay, a new feature developed at CBS by Tony Verna. In those days, sports events were recorded on two-inch videotape and any portion of the tape might be played back for on-air review. Locating the right cue point for the desired play was the difficulty in any on-the-fly playback situation. The video recorder was fitted with a mechanical counter and the operator would hold the timer at zero until the play started. For replay, he would back up the tape to the zero point or a few seconds before to provide time for lock-up. Later, with the use of one-inch machines, operators like Hal Hanie would often turn the reels by hand to find the cue point, and then turn the reels forward by hand to provide slow motion. With the later machines, a system of identifying plays by laying down beep tones on the cue track that were audible to the operator on rewind replaced the mechanical counter. Providing instant replay was one of his responsibilities throughout most of his career, both in Dallas and here in Los Angeles, up until 2009 when the Clippers ended their over-the-air contract with the station and KTLA ceased original sports programming. 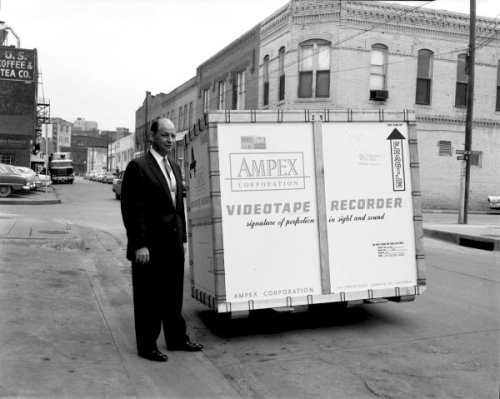 The Kennedy assassination in Dallas was his most memorable experience while at KRLD. He recalls seeing Lee Harvey Oswald at the Dallas police station and observing how cool and selfpossessed he appeared to be. Jerry Hill, one of the policemen who found the sniper’s nest in the Texas School Book Depository and later helped capture Oswald at the Texas Theatre, was one of two police officers working part-time at KRLD as a police liaison and well known to the staff at the station. Hanie remembers this as a chaotic time, exciting but stressful and disturbing. And, he had occasion to evaluate the performance of the crack staff from CBS in New York who came to Dallas to cover events. Nelson Benton, now regarded as a veteran newsman, was just beginning his career and appeared a young fellow “shaking in his shoes” when Hanie observed him. 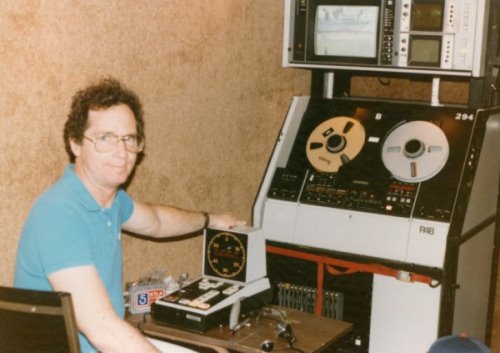 In June 1969, Hanie moved to Los Angeles and started work at KTLA. He joined IATSE at that time. (His work at KRLD had been under an IBEW contract.) He stayed at KTLA for forty-four years. Combined with his twelve years at KRLD, he has 56 continuous years of experience in television.

At KTLA he continued to do instant replay for sports and did videotape playback and recording for all sorts of programming. He did the recording for Donny and Marie and Dinah’s Place. He has fond memories of the people working both shows. 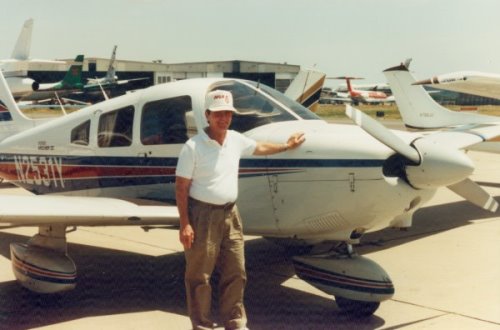 He worked many other shows including The Richard Simmons Show and Mary Hartman, Mary Hartman and others too numerous to recall. He edited Backstage with Johnny Grant and recalls that Grant could never remember names so he would call everyone “Tig,” short for “Tiger.” When Hal Hanie asked him what he would call a woman, he thought for a moment and answered, “Tigress.”

Gene Autry owned the station when Hal Hanie first came to work at KTLA. Hanie remembers him as a benevolent boss who often treated employees to lunch in his private box at Angels games. The Tribune Company purchased the station in 1985 and initiated polices that were more corporate. They sought to renegotiate the contract and eliminate seniority status. Hal Hanie was proud to walk a picket line to protest that move. He also served awhile as Shop Steward for the Videotape Department at KTLA. 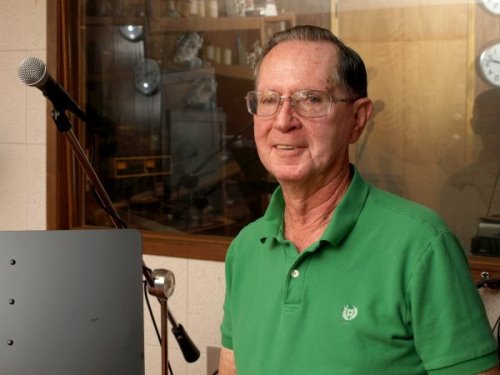 He recalls a time at KTLA in 1991 when the station brought in some green production staff to work the morning news. They were so inept that they couldn’t coordinate the teleprompter copy to match the video clips and mismatches were common. Finding themselves adrift, the reporters would often break up laughing. The Producer of the KTLA Morning News encouraged them to play along with the errors rather than glossing them over and striving to retain dignity. The newscasters, thinking the show was probably on the verge of cancellation anyway, went along and discovered that ratings improved. Viewers liked the casual presentation. After that, every news program in town was copying the loose format. Three of the reporters from that time, Mark Kriski, Sam Rubin and Eric Spillman, are still with the station.

In addition to his regular work at KTLA, Hal Hanie operated a small, community radio station from a studio adjacent to his home. FCC regulations are quite demanding regarding regular broadcasts and he needed assistance to keep things running regularly. He used interns from Columbia School of Broadcasting, Santa Monica College and Cal State Northridge, trading technical training and experience for help with operations. He did regular remote broadcasts of high school football games, both home and away. That was a complex operation requiring stringers to prerecord interviews with the coaches that he would edit into a pre-game show. During the game itself, he had a professional announcer and a color man providing continuous coverage that he would feed into a phone line for broadcast. Eventually, he became the “sustaining member” of that particular charity and it became too much to carry while also working a full-time job at KTLA. The radio station is no more but he still maintains a recording studio that he uses to make demo tapes and transfers to digital media.

Operations at a TV station are now largely automated but, during his career the systems required considerably more attention. Chroma Key demanded very exact lighting to prevent bleed at the edges. Genlock used to be so fragile that just touching a camera could cause the signal to lose lock. Equipment required alignment daily, or even more frequently, and he used to be responsible for tweaking color and density on a vector scope. Now, a computer generally handles this chore digitally. And there was a time when he needed to keep a rag soaked with solvent to clean heads on the fly to prevent image breakup caused by emulsion build-up.

The continuing process of automating procedures eventually encouraged Hal Hanie to retire in 2013. When the station completed the automation program and linked several tasks to one computer, they offered him the option of retraining. He had done that at several stages in the past but thought, at age eighty-two, it was time to step aside. William (Hal) Hanie retired as a Gold Card member of Local 695.

His other passion is flying. He used to own a 1977 Archer but airplanes are an expensive hobby and he had to let it go. But his license is still current and he was planning a trip to Texas when we interviewed him. We wish him blue skies.