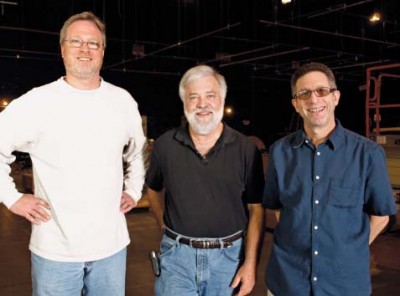 Video engineering occupies a prominent position in this issue. In the profile of Hal Hanie, we follow his 56-year career in television broadcasting. And the account of making a functional news studio for Anchorman 2 demonstrates how complex the field can be, especially when practiced at the highest levels.

Stuart Wilson’s account of recording Edge of Tomorrow restates a common theme in this publication—careful preparation is often at the root of outstanding results.

We also offer a chance to become acquainted with the Nagra Seven, a two-track recorder with a touchscreen interface made in Switzerland with exacting standards.

Finally, we note with sadness the passing of Walt Martin on July 24, 2014. He was a friend to all the editors on the Quarterly and many in the film community and will be missed. A memorial service is planned for 12:30 p.m. on September 6 at Forest Lawn in the Hollywood hills. An article in The Hollywood Reporter has additional information. http://www .hollywoodreporter.com/news/walt-martin-dead-clint-eastwood-722908