The Boominator:
ARE EXOSKELETONS PART OF OUR FUTURE?

Boominator, Roboboom, Boomborg … these are just a few of the names crew members are using to try and make sense of a microphone boom operator wearing an exoskeleton. The boom operators who have had the chance to use one on a set are using terms like “game changer.” For any of you who keep up with all the sound-related pages on Facebook, you have probably read some posting on my work with exoskeleton manufacturers and their products. If Facebook isn’t your thing, this article should bring you up to speed on the conversation.

What is an exoskeleton? According to Levitate Technologies, one of many exoskeleton manufacturers, “Exoskeletons are wearable machines that enhance the abilities of the people who use them… An exoskeleton contains a frame that goes around a user’s body or part of the user’s body. They can provide support and reduce fatigue. They even enable people in wheelchairs to stand up and walk again.” Exoskeletons can be powered in a number of ways but, all of the units I have been working with are powered by springs similar to a Steadicam rig. Until now, exoskeleton manufacturers have considered their markets to be industrial, medical, and military. For our purposes, an exoskeleton can provide support and reduce fatigue when holding a boom overhead for extended takes.

Are they needed in our industry? Those of us who started booming when most productions were shooting on film, remember when a “long” take ran three minutes and the longest takes were around ten minutes, as that was how long it took to roll out on a thousand-foot mag of 35mm. On top of that, any TV director who was constantly rolling ten-minute takes would have been tossed out on his ear by the line producer, as the price of film and development made it cost-prohibitive. Back then, an exoskeleton would have seemed like overkill.

Now, in the Digital Era, cutting is seen as a great inconvenience. Takes often run twenty minutes and longer. Quite frankly, the human body was not built to perform the task of holding a fishpole overhead for these extended takes. Whether it is an exoskeleton or a Fisher boom or a four-person sound crew, something is needed to provide relief for microphone boom operators.

In January, after almost thirty years of booming, I had a full tear of my left rotator cuff tendon and a partial tear of the biceps tendon. While I finished off the rotator cuff in the gym, all the medical professionals I’ve seen since the injury tell me that it was caused by many years of wear and tear. Dr. Thomas Knapp, the surgeon who performed my surgery, told me that he operates on a lot of microphone boom operators. When asked by them what they can do to prevent similar injuries in the future, he replies, “become an accountant.” As Chair of the Injury Prevention Committee at Local 695, this is one type of injury I’m trying to prevent. Exoskeletons have the ability to support the weight of the boom on the hips while causing only a little restriction in mobility and are possibly the least expensive and most practical solution in most cases for excessive takes.

I have met with some skepticism regarding any need for change. There are those who believe that the correct diet and exercise can prevent injuries. It is true that a better health regimen could benefit many of us, but, we are not highly paid athletes with personal trainers. Most of us have families. Making time to work out after a twelve-hour day and a commute could only be accomplished by reducing needed sleep. I try to find time to work out on set. A large part of a boom operator’s job involves being on set during setups to make sure they’re not lit out, etc., leaving little time to use a restroom, let alone work out. Even so, I try. I keep a set of elastic bands and dumbbells with me as part of my kit. During setups and at lunch, I try to slip away briefly to run flights of stairs, do core work, pushups, jump rope… In the end, no amount of exercise nor any specialized diet will prevent injuries when we are tasked with doing repetitive, excessive takes.

Booming in the Digital Era is like being the only pitcher on the Dodgers. There are no other starters and no relievers. Every day you go out and pitch a complete game regardless of how many innings or hours. How long do you think Clayton Kershaw could perform before his body broke down? This is what is happening to boom operators. Our bodies are breaking down.

I know for many in the production sound community, this seems like new information. Why is that? Many microphone boom operators when speaking candidly, will tell you that they have hidden injuries received on the job and continued to work through them. Boom operators are afraid (and I believe rightly so) that mixers are less likely to call if aware that someone has been injured even if the injury is completely healed. So, boom operators silently work through pain and injuries up to the time when an injury becomes so severe that working becomes impossible without corrective surgery. If you’ve been booming as long as I have, you know many boom operators who have been put in this position.

I’ve hidden injuries too, until last year when I was hired by Loyola Marymount University to run its Production Sound Department. Just like that, I didn’t have to rely on holding a microphone over my head to pay the mortgage and felt I could be more open about the situation. So I posted this question on Facebook: “Have you been injured while booming or know someone who has?” It got a lot of people talking and eventually led to the formation of the Injury Prevention Committee with me as Chairperson at the July 2018 Local 695 membership meeting.

One area of interest for the committee is in technological advances, including exoskeletons. I began contacting manufacturers in the fall of last year, and I was able to get demos from two; SuitX and Ekso Bionics. Both companies are located in Emeryville, CA, and were founded by UC Berkeley mechanical engineering professor Homayoon Kazerooni, although I believe he is working only with SuitX at this time.

First up was the EksoVest with Brandon Frees, Ekso Bionics VP of Sales. He and I had a number of sound professionals meet us in a park just north of LAX. The EksoVest sells for $4,000 and uses interchangeable spring cartridges with four tension levels. The $4,000 price tag comes with one set of springs. Each extra set of springs is another $400. The heaviest set of springs creates a “shelf effect,” providing fifteen pounds of lift assist to each arm. Once you raise your arms, the vest is doing most of the work in keeping the boom up. The nine-and-a-half-pound vest is well balanced and the weight is distributed evenly so that wearing it does not seem burdensome in any way. One of the drawbacks of this unit are the link assemblies that stick out from the back adding width that could make the vest hard to use in narrow spaces. The manufacturer claims that it is the link assemblies that allow almost unrestricted movement. Even with the link assemblies, the reactions of the people who came out to the demo were mostly positive and they provided Brandon with some valuable feedback.

Then, with the help of Thomas Popp and Video Mantis, we held a live stream demo of SuitX’s ShoulderX Version 2 (V2) with sales director Mark Criscuolo that has received more than four thousand views. At seven pounds, the ShoulderX is a little lighter with a narrower profile than the EksoVest. Rather than spring cartridges, the ShoulderX has a dial which can be set from three to twelve pounds of lift assist which adds some flexibility and convenience. Again, the reaction in general was positive but, I couldn’t get it dialed in to a place where I felt comfortable and that the vest was actually helping. One reason for this was that with arms fully extended, Version 2 was providing no support at all.

SuitX asked me to visit their factory in Emeryville to help set up the ShoulderX Version 3 (V3) for our needs as they had already agreed to demo the new unit after the Local 695 membership meeting (scheduled for January 26, 2019). The V3 sells for $5,000 but is a one-size-fits-all unit. Also, there is no need to buy extra spring cartridges. Lighter and allowing support at full arm extension, the V3 is a vast improvement over the V2.

The demo in January went really well. Mark and I stayed as long as there were Local 695 members wanting to try the vest and in return, Mark got some terrific feedback. If there is one thing that I have learned from these demos, it is that the vests can take quite a bit of tweaking to find each individual’s sweet spot, but once found, they can really assist in supporting a boom.

Subsequent to that meeting, Ekso Bionics provided me with a loaner EksoVest which has allowed working microphone boom operators to give it a test drive in real-world conditions for a week or two at a time. Ken Strain, Mike Anderson, and Brandon Loulias have all had the chance to use it on their shows and all have had positive reactions. I have to say, I am somewhat surprised by the amount of interest the vest has received from both below-the-line and above-the-line folks working on these shows. It really creates a buzz wherever it goes.
On April 18, I traveled to San Diego with Chris Walmer, Ken Strain, and Paul Buscemi to check out the Airframe exoskeleton built by Levitate Technologies. Due to my recent surgery, I was unable to try on the unit but Levitate CEO Mark Doyle went through many possible configurations and everyone else was able to give it a go. We were quite impressed by the unit’s versatility and ease of use. The basic unit currently retails for $4,300 but some microphone boom operators have found that they only want assist on their front arm, using their back arm as a counter balance. Under that scenario, the price can be reduced by more than a thousand dollars. And yes, the assist can be easily switched from one arm to the other. Currently, Levitate Technologies is not set up to sell to individuals, although with enough interest, that may change soon. It is really interesting to see how the three companies have gone about solving the same problem in different ways.

Now, with the EksoVest, the ShoulderX V3, and the Airframe, I feel we have three viable exoskeletons ready for use in production. But, don’t take my word for it, ask one of the boom operators who have had a chance to get their hands on one or more. Ken Strain will be writing an article about his experiences using the EksoVest for the summer edition of Production Sound & Video. Exoskeletons are not a panacea. They are one of many tools we will need to keep people from being injured. In my case, exoskeletons have also become a tool I use to keep people informed about the injuries being suffered by microphone boom operators in the Digital Era.

I think we’ll be seeing more and more of these devices on sets in the coming years. 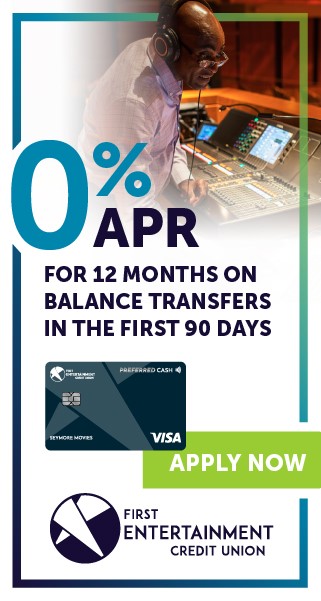