Editors’ note: With the invention of the Nagra recorder, Stefan Kudelski made high-quality recordings possible without the need for a truck full of equipment. He enabled location recording in the same way that the substitution of film for glass plates enabled photography. Moreover, his commitment to quality in both design and construction helped define excellence in our profession. In a continuing tribute to his contributions, we are printing accounts of first experiences with the recorder. We’ll continue to feature stories of working with the man and his inventions as they become available to us. 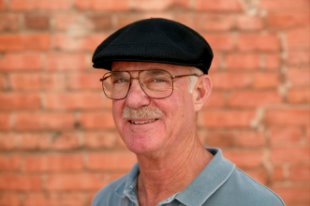 I was starting to write my experiences with the Nagra and was thinking only of the model III and then it occurred to me that my earliest experience was with the Nagra II. I had just graduated from high school and was working at the new listener-sponsored FM radio station in Los Angeles, KPFK.

I was producing programs for children, among other things, and one day the production manager showed me this portable wind-up tape recorder that was donated to the station. He called it a Nagra. I had never heard of such a thing … made in Switzerland.

It certainly beat an Ampex 600 with a very long extension cord. He asked me if I could use it for any of my programs. After thinking about it for a couple of days, I came up with a concept for a man-onthe- street radio program I titled Street Thoughts (not a children’s program). At the time, man on the street or M-O-S (not to be confused with “mit-out-sound”) shows were a question by an interviewer and then the answer by whomever and then the question repeated and then an answer. My show was to be the “big question” and then a montage of answers occasionally inserting the question re-phrased. It was only 5-10 minutes long but took hours cutting and splicing. Boy, would Pro Tools have helped then.

That Nagra II served us well. It had great sound quality and the spring never failed me.

One of my first experiences with a Nagra III was back in 1965. I didn’t own one yet but I had a friend, Flynt Ranney, owner of Spectra- Sound Recording Studios who did, and he was generous to loan it to me when I started out making films with my friend Bob Abel. I was making a little documentary with Bob about Christmas in Los Angeles.

We were shooting a Christmas Mass at the Greek Orthodox Church in downtown L.A. and for some odd reason, I had to rewind the roll of tape. I had my earphones on and didn’t realize that I was rewinding with the speaker on. Parishioners around me were smiling and nodding at me (which I thought “how nice”) but I was unaware until I took my earphones off that everyone around me could hear the “chipmunks.” I turned red with embarrassment and immediately turned off the speaker.

On another early Nagra outing, I was making another film with Bob Abel about drag racing called Seven Second Love Affair. We were at Lions Drag Strip in Long Beach and we wanted to capture the incredible sound the dragster makes as it accelerates when you’re sitting in it. No wireless mikes could do the job (not then), so I put the Nagra in the nose of the dragster and used an Altec 21-BR-180 high-level condenser mike capable of the 150 db sound levels (I had to build a battery power supply for the mike). The dragster roared out of the starting line and we all prayed that it didn’t crash or blow up (We didn’t have the $1,800 to replace the Nagra).

I still remember that sound like a rocket and then the parachute is released and just silence and the sound of the tires on the gravel.

Obviously, I didn’t tell Flynt about putting his Nagra in such a precarious situation. And I still have the recording.

I eventually bought a brand-new Nagra III from Ron Cogswell at Ryder Sound. I do remember that I had to put something like $200 for a down payment and that it was several months before it arrived. Ron said not to worry; if I didn’t want it when it arrived, someone else would be standing in line to buy it.

It served me well on a lot of documentaries, commercials, TV shows, some features and even some music records.

I still have it. 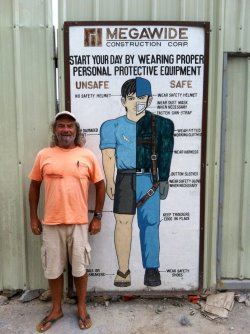 It was late 1968 and I had been working for about nine months at a big L.A. ad agency, running their small recording studio— voiceovers, radio spots, etc., on big old Ampex 351 ¼” recorders. I had no real idea what I was doing but, compared to what those ad agency folks knew, I was a damned genius—some things never change. Anyway, I quickly grew tired of that and began looking for other gigs. I recorded a few bad rock and roll bands at various studios around Hollywood, but even at that young age, quickly burned out on the late nights and long hours spent indoors. Someone suggested that I get into movie sound—often done in the daytime and outdoors, every shot being different, and the pay wasn’t too bad either. Before I knew it, a trusting fellow from New York named Jim Datri handed me an elegant-looking metal box called a Nagra III, a converted Bolex mono-pod with a Sennheiser 404 on the small end plugged into a KAT-11 preamp, and a set of Beyer headphones which seemed to weigh about 13 pounds. To my studio-inured eyes, the whole rig looked like some sort of arcane scientific testing apparatus. Suddenly, I was in charge of recording sound for a motocross documentary, lugging the thing over hill and dale someplace in the depths of Orange County—and tethered to a 16mm Arri S by a sync cable, like the ass-end of a donkey at a costume ball—as dirt bikes roared around us menacingly. Good thing I was only 21 years old…

I still love those old recorders, in no small measure because they remind me of what the job I have been doing ever since used to be but sadly isn’t anymore: The crew would assemble, the director would actually make a plan, and then we’d all shoot it—usually in well under 10 hours (!). The sound crew’s task in this process was to create, as best we could, a one-track representation of what it all sounded like. A big day might involve three mikes, as radio mikes were yet to be “perfected” and the idea of shooting both a wide and a tight shot at the same time was considered to be very bad manners. Now, we have got to the point where our job is less like that of a framing carpenter and more like that of a clearcut logger. The Nagra III, IVL, and then the IV-S, were the rocks upon which our livelihoods were built. We depended upon them, and they always delivered. In my eyes they remain to this day iconic, soulful works of practical art. 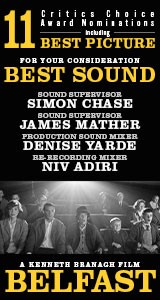