In order to understand what is happening with the UHF television band and how it has an impact on the use of this band for wireless microphones, one needs to take a look at several different aspects of the situation.

A wireless microphone is nothing more than a small radio frequency transmitter; and it has been around for a long time. The oldest example I’ve found is an “RCA RADIOMIKE” Type BTP-1A from about 1950. It weighed six pounds and had handles on both sides of the 11” high x 4 1⁄2” wide x 3 1⁄2” transmitter. Stated battery life was four hours but it took a strong person to hold that transmitter for that long a time!

Those of us of a certain age remember—and not too fondly— the Vega systems from the 1960s. These units had a much smaller transistorized transmitter but the main problem was that the transmitter was not crystal controlled. The receiver had a strong Automatic Frequency Control (AFC) circuit to track the drifting transmitter. The problem was that the AFC would also respond to a stronger frequency and it was commonplace to hear police or taxi cab transmissions in the middle of an event. And while the worked, they never sounded very good.

The next generation had crystal-controlled solid-state transmitters and used the 169 MHz–171 MHz VHF spectrum allowed under FCC Rules Part 90.265. Eight channels were specified at 50 kHz bandwidth in a band shared with hydrological systems (such as rain gauges). These worked well although the narrow bandwidth had a relatively high noise floor. The main problem was that there were only eight channels to use.

As transistor technology improved, systems in the UHF TV band started to appear. These had a higher 200 kHz bandwidth and lower noise floor. They also had relatively decent frequency response and low distortion, which was an improvement over previous systems. The first generation of UHF wireless systems was crystal controlled. If you stayed in one area, you could pick frequencies that were on unused UHF TV channels but if you moved around the US, it was always a risk that your wireless microphone systems would bump into a UHF TV station in another city.

Again, technology improved so the next generation of UHF wireless microphone systems was synthesized and could move around several UHF TV channels. Now, mixers that moved around, had a good chance of finding frequencies that could work no matter where they were located.

The FCC was forced to recognize the existence of thousands of wireless microphone systems during the 700 MHz planning. Their first response was “We looked at the database and only found a few hundred licensed users.” One needs to understand that from their perspective in a band that required licenses—and licenses have always been required—only licensed users count. Since very few eligible users actually held licenses, the vast majority of users were not considered.

Wireless microphone manufacturers, Broadway musical shows, the NFL and other major high-profile users forced the FCC to at least acknowledge the existence and need for wireless microphones. Finally, the FCC released the Report and Order (R&O) FCC 15–100 on August 2015 titled “Promoting Spectrum Access for Wireless Microphone Operations.” In the R&O, they did their best to tap dance around the problem, acknowledging the loss of UHF TV channels, with proposing only a few really usable options.

The changes in the R&O will become effective thirty days after the R&O was published in the Federal Register on November 17, 2015.

944 MHz–952 MHz is in Part 74, Subpart H and is primarily used for Studio to Transmitter Links (STL) and Inter City Relay (ICR) links stations. This band is already available to Part 73 licensees (AM, FM and TV stations) for wireless microphones. The FCC in this R&O expanded the eligibility to all current eligible Low Power Auxiliary Station (LPAS) entities such as Motion Picture Producers (MPP) and Television Program Producers (TPP).

The other two bands, 941 MHz–944 MHz and 952 MHz– 960 MHz, are primarily used for Private Operational Fixed services. The FCC will allow licensed secondary use in these bands with the provision of not causing interference to licensed Part 101 stations.

For the entire band frequency, coordination is mandated with the Society of Broadcast Engineers.

This band is designated for use by Unlicensed Personal Communications Service (UPCS) devices under Part 15. The FCC recognized that wireless microphones are presently made that use this spectrum and decided not to make any changes in this band.

This band is shared by the federal government and industry for Aeronautical Mobile Telemetry (AMT) operations such as flight testing. It is also used often with Special Temporary Authorization (STA) for event videos. After much discussion, the FCC declined to establish a process for permitting wireless microphone use.

This band allows General Authorized Access (GAA) tiers of service for commercial wireless use. The FCC decided that this band had potential for wireless microphones.

This band is primarily used for TV BAS stations and also has been opened up to Part 101 Private Operational Fixed stations. The FCC decided to allow Part 74 eligible users to use this band for licensed secondary use with coordination. No systems are available today in this band.

Of all of the mentioned new bands, the one already with equipment in production with useful, reliable range, is the 941 MHz–960 MHz band.

1.  Although exactly how much of the “600 MHz band” will be taken away from UHF TV and exactly how many unused UHF TV channels will remain, cannot be predicted at this time. It would not be wise to purchase new equipment in the 600 MHz–700 MHz band unless it will pay for itself in a year or two.

2. If one desires to purchase new systems in the near future, the 941 MHz–960 MHz band is likely the better choice.

3. If you use or own wireless microphone transmitters and work in film or television production, obtain a Part 74 Low Power Auxiliary Broadcast License.

Editor’s note: Due to the efforts of the AMPTP, along with IATSE Local 695 brother Tim Holly, the FCC Report and Order (FCC 02–298) of October 30, 2002, changed the language of the Codes and Regulations to allow persons to hold a Part 74 license, previously open to only producing companies. 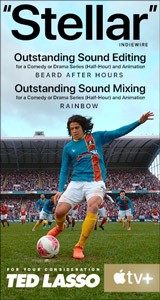 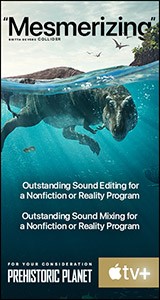 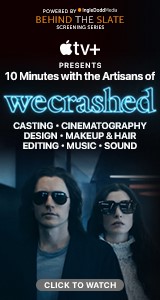