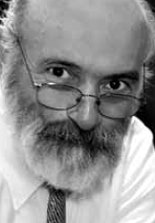 While David Waelder and I were comparing the ongoing progression of our toolset for sound mixing, I began to reminisce about the 1980s and my intermittent pilgrimages to the manufacturers of those tools. There was a moment when I looked at my sound cart and realized that I knew very little about why we did this work the way we did, and even less about how the tools we used came to be, or who created them. I began to read and search (pre-Google era) and collect antique gramophones, phonographs, cylinder recordings, and period publications related to the development of sound recording. I became aware of the contributions of the individuals who developed the tools we all use, going back to Thomas Edison’s invention of the tin foil phonograph in 1877. David suggested I share my visits with our members.

In 1987, I traveled to Europe for work and decided to visit the Nagra factory in Switzerland. I was using Sonosax mixers at the time, and since Sonosax was also in Switzerland, I extended my stay so I might see both.

That summer, I pulled up to the Kudelski facility, parked, and entered. I was warmly greeted by a gentleman in a long white lab coat and taken behind the “black curtain” of the Nagra. This was just when timecode Nagras were being introduced to the market and the staff projected a sense of intensity and purpose, almost a religiosity, as this was the next big thing for them, as, indeed it would soon be for us.

We toured the design lab, the prototype room and, very interestingly, the “motor board room,” where at least a dozen Nagra motors were lined up and running continuously 24/7 since their manufacture. They would be stopped only momentarily to change the worn carbon motor brushes. The earliest motors had ostensibly been running since 1959! This partially explains why 98% of the Nagra III’s in the world were still being used internationally almost twenty years after manufacture (genuinely by hand) had ceased. Damn good stuff.

The mood at Kudelski was very formal: Swiss button-down shirts, lab coats, ties—a laboratory staffed from central casting. The facility mirrored the personality of Stefan Kudelski, the inventor of the Nagra.

Twenty minutes down the road, I found the Sonosax shop, housed in a recycled brick building much like the loft conversions I had experienced while living in NYC in the 1970s (including my own). Jacques Sax was the resident genius inventor, occupying a position at Sonosax analogous to that of Kudelski at Nagra. We met at the door and walked together up the stairs to a converted loft, Swiss-style. There was not a lab coat to be found, everyone wore blue jeans and T-shirts and loud rock music was pervasive. It was a revelation to see the diversity of creative spirit in the design and fabrication of professional sound equipment. There was no one way to approach these things; it was the results that mattered.

The experience of meeting these folks in their actual work environments forever informed my subsequent conversations and interactions with them. I’ve continued this “pilgrimage” idea even today, visiting Schoeps in Germany, Rycote in the UK, Lectrosonics in New Mexico, Zaxcom in New Jersey and Denecke and Chinhda and others. These tinkerers and inventors have become a part of my professional family; my close association with them has enhanced my professional life, the growth of my skill, and my understanding of the design process. Each of them is a creative artist in their own right. Ours is an enterprise that depends on many varied creative energies and we each have a role to play.